Squash is bountiful right now. Beautiful, perfect, sweet and delicious. Grill it. Roast it. Eat it raw in salads. Or make bread out of it, if you must.

So you think you’ve seen plenty of this squash this summer, but summer is running out. This is the last market of 1st weekend in September, after all. Enjoy these jewels of summer, you’ll miss them come January.

1. Grate the squash and use it to cook low-carb hashbrowns. This is so simple: to each cup of grated squash, 1/4 cup grated onion and an egg white. Heat a few tablespoons of oil in a skillet and cook the hashbrowns over medium heat just as you would potatoes.

2. While the grater’s out, grab another squash and some gin to make a Zucchini-Tini .

3. Oven baked zucchini chips are kid-friendly and would make a terrific addition to a school lunch box. To make them, slice a zucchini as thin as possible with a mandolin or sharp knife. Toss the slices in a few tablespoons of olive oil and season to taste with salt, pepper, chili powder and paprika. Bake the slices in a single layer on a cookie sheet lined with parchment paper. It will take about two hours on your oven’s lowest setting for the chips to become crispy.

4. Slice a few squash into 1/4 inch rounds and dip them like chips in Zucchini Hummus .

5. This recipe  for zucchini bread is unusual because it combines shredded zucchini with a traditional yeast dough, resulting in a perfectly tender cinnamon raisin bread  that can be made by hand or in a bread machine. 6. Grilled zucchini is a cheap way to feed a crowd. Slice a few summer squash lengthwise into 1/2 inch slices and toss in a bowl with Italian dressing. (About 1/4 cup dressing per squash.) Grill the zucchini slices until they’re tender, about 4 minutes per side.

7.Grilled Sausage and Apple Stuffed Zucchini . This one would work with yellow squash or zucchini, but I think that acorn squash would be killer with the sweetness of apples. The Asian pears in this week’s Local Box would substituted well for the apples, too.

8. These zucchini dessert squares are like a traditional jam bar, but with a sweetened zucchini filling. You won’t believe it’s zucchini when you eat them– the filling tastes just like apples!

9. While we wait for pumpkins to come into season, try this zucchini pie  recipe. I actually love this dish for breakfast. It really does taste like pumpkin pie, and I make it a little healthier by skipping the crust and baking the filling directly in a buttered pie pan or 8-inch square casserole dish.

10. Not a fan of zucchini pie? Elise Bauer’s popular zucchini chocolate cake should do the trick. 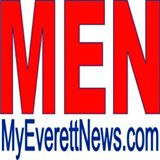